Over the weekend I was invited to the Taste of Santa Ana at the lot of MainPlace Mall in Santa Ana. I’d gone to this event in the past, but this year definitely takes the cake in being their best year yet! From the pumpin’ live performances, to the fun giant games spread across the event, to the delicious noms and sips, this event has grown tremendously, and I had a great time. There were over 40 different food and beverage vendors and they all gave enormous portions for patrons to enjoy. There was everything from burgers from Slaters 50/50 to tacos from Wokano and everything in between.

One thing that made this tasting stand out was the accessible price-point. There were many families at this event and at $25 for general admission, this AYCE extravaganza plus entertainment makes it an easy family-friendly outing for everyone to enjoy. There was so many options and my friends and I confess that I made extra rounds for dessert – The pear tart yogurt from Yogurtland was sinfully addicting as was the Italian ice from Mustache Mike. 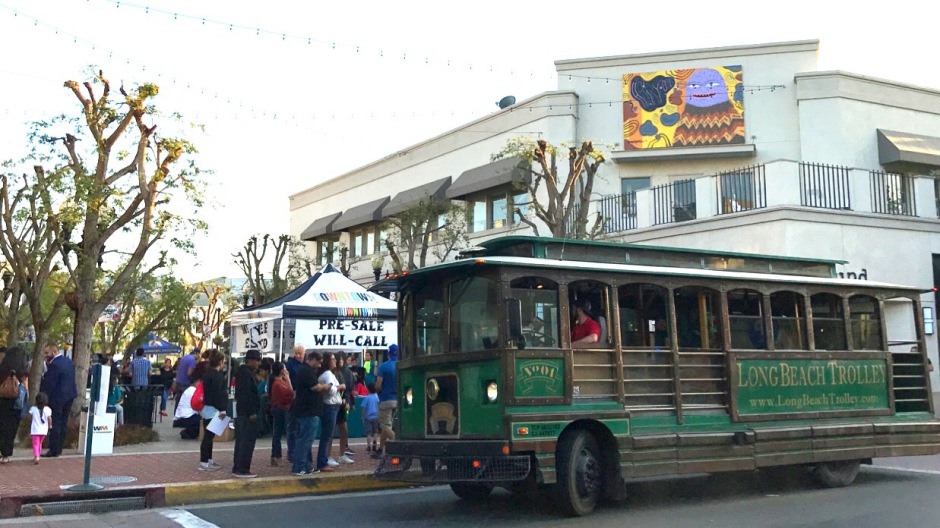 Santa Ana is a popular destination for authentic Mexican eats and treats, but did you know that Downtown Santa Ana (DTSA) is home to more than forty different ethnic and fusion restaurants? During the Savor Santa Ana tasting event last week guests were invited to take stroll through DTSA’s brick sidewalk or hop on a charming trolley to sample some rich and flavorful bites

With tickets in one hand and a map in the other guests explored the vibrant and historic community. The aromatic smells from the booths combined with live performances made the evening one for all the senses to enjoy. My friend and I throughly enjoyed sampling so many different cuisines but I’m very partial to the shrimp taco from Hectors on Broadway (OC Weekly feature) and Milk Man‘s itty bitty ice cream made from scratch.

Santa Ana is such an exotic neighborhood with so much flair and thankfully we can continue the celebration with Santa Ana Restaurant Week  (September 24th – September 30th) and Taste of Santa Ana (September 30th). There’s a FREE BBQ tasting at Lola Gaspar on Sunday September 24 from 12-2, but you need to RSVP through the link above. Secure your spot! And your favorite blogger will be doing a giveaway for two complimentary tickets to the Taste of Santa Ana – so be on the lookout for upcoming posts.

Which restaurant are you most excited to try in Santa Ana?