I’m a cartoon enthusiast and while my interest for thoughtful storylines is nowhere near the obsession of the TV show characters from Big Bang Theory, I’ve always wondered what attending a Comic book convention would be like. I’ve heard horror stories from friends who had attended the world famous San Diego Comic Convention as tickets are near to impossible to attain and that the venue itself is overwhelming to say the least; however, its concept continued to peak my interest as its mysteriousness attracted me.

This past Easter weekend I was informed that there WonderCon, a sister comic book convention, was being hosted in Anaheim, CA – just a hop, skip, and a jump away! I took the initiative to investigate this event as it appeared less known, but was excited about getting my geek-on!

Here are some tid-bits about the event

When I first stepped foot on the Anaheim property, I was blown away by some of the cosplayers (amateur costumed characters- though many could pass as the real deal!) and overwhelmed by the amount of vendors in attendance – easily over 100 booths. I dressed up as Misty, a water Pokemon trainer and friend of Ash Ketchum for my cosplay debut – all items that I already own, with the exception of the red suspenders. Dressing up is all part of the
fun! I was even able to buy a livesize Pikachu at the event – I choose you! Haha…

The energy at the event was intense and I definitely wanted to make the most of this first visit. This year marked the 75th anniversary for Batman. Rumors have it that Robin/Nightwing will celebrate next year. *swoons* Anyways there w

ere various panels (discussions on comics, movies, the latest and greatest etc and of course the panels featuring people involved with Frozen or original Batman voice actors maxed out. So, to all you future Wondercon visitors, I would camp out at least an hour for popular panels. Gone are the days when you can walk in right at the start of a panel.

Nevertheless, I was able to catch a few and my favorite premier of “Son of Batman” an animated movie featuring Batman’s romance with villainess Talia and their son Damian (and future Robin). The voice actors came out afterwards to discuss their role and it really helped complete the VIP experience. 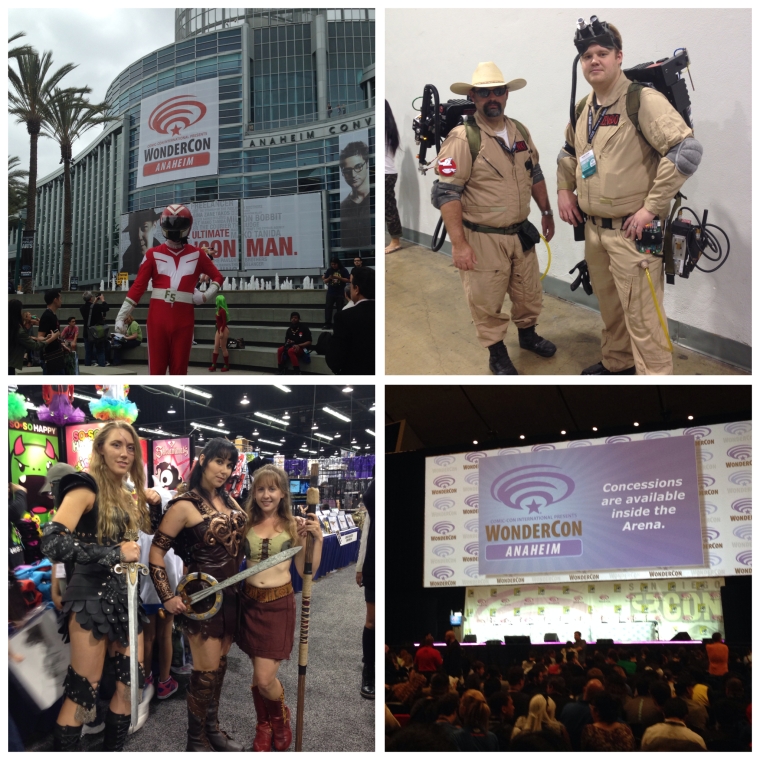 I was exhausted after the full day, but I would definitely return next year! I purchased a one day pass for $25- which is ¼ of anime expo and substantially cheaper than SD Comic Con. It’s a great alternative to the mass chaos at Comic Con, but allows visitors to experience the wonderful world of comics.