I can’t believe that the Justice League movie is coming out this week! (!!!!) I already reserved my movie tickets to watch it on Thursday night, but to celebrate I’m going to dedicate this week’s blog posts with all things Justice League – yay!!! So today’s post will be a throwback to when I cosplayed as Wonder Woman at LA Comic Con.

Saturday, October October 28th was epic on a number of fronts! It was the day when all San Diego Comic Con returning attendees entered the lottery to purchases badges (I’ll be returning! Yay!!) and the entertainment lineup at LA Comic Con was beyond amazing! My friends and I made sure to allocate enough time to get a wristband to watch a private Black Eyed Peas Concert and see Dwayne Johnson, more commonly known as The Rock! And of course we kept our eyes opened to recruit Justice League mini shoots! 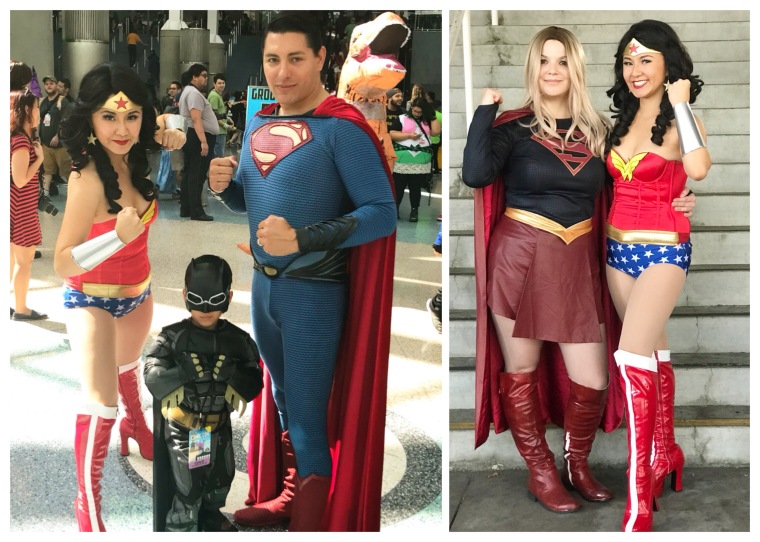 There were tons of guests dressed for Saturdays event and a designated DC meet-up outside the convention center. I got to hang-out with various members of the Justice League and strike some fierce poses with gang. Everyone was so nice and it’s great to see all the characters brought to life. I especially loved all the kids cosplays! The Batmans and Flashes were adorable!

After the DC photoshoot my friends headed towards the main stage to catch a glimpse of the A-list celebrities. Stan Lee made an appearance when the entire Black Eyed Peas came up to talk about their new Alternate Reality Comic Book vision and “The Rock” one man act was a great closer for the evening. Afterwards my friends and I migrated to the Nova theater to see a front row seat at the Black Eyed Peas concert – but that’s story for another blog entry.

I think you all know who’s my favorite Justice League member, but who’s yours?