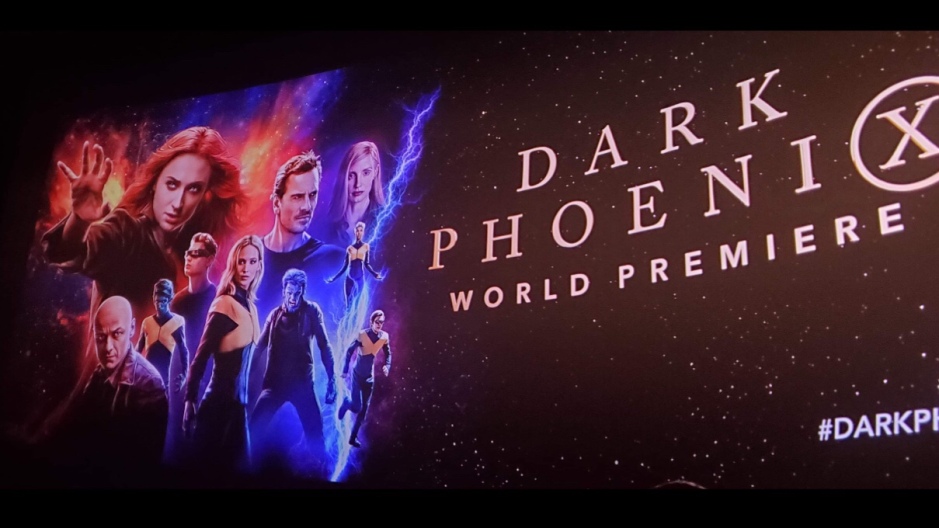 I’m an avid movie goer and average about 5 movies a month; however when I was invited with my x-men cosplay family to attend the World Premiere of Dark Phoenix, I was beyond excited. I didn’t really know what to expect aside from potentially having the opportunity to see some of the cast and see a movie before anyone else. The day was beyond amazing and suffice to say I can now check mark off one of my bucket list items – attend a VIP Screening at the TCL Chinese Theatre!

I arrived there with some friends at around 3:30pm to get checked-in for the 6pm red carpet event. There were so many amazing cosplay and I was actually really surprised by how far these cosplayers traveled. One of the Jean Greys few from Ohio with her boyfriend and a genderbend Magneto’s flew all the way from Dublin, Ireland! I sometimes forget that I live in one of the coolest places in the world and only had to drive 2 hours (mostly because of the traffic) to get here. There were ample reporters and press covering the event and you might see me (the only Psylocke there) in a few local and international televised and/or print clips! Some of the media outlets included one from Australia, a Chinese channel, Marvel, Disney etc.

After the press interviewed a few of the cosplayers and snatched candid footage, the movie cast members arrived! and walked the red carpet. I had the opportunity snap a few selfies with some of the actors including James McAvoy (Professor Xavier), Evan Peters (Quicksilver), and Jessica Chastin (Vuk)  *squeel* and take a group photo of the entire cast before we were moved to the theater to watch the movie!

I really enjoyed the movie and feel that it’s especially important to celebrate all our diverse backgrounds, gifts, and talents. It truly brought people from all corners of the earth and I will treasure this experience forever!

If you could choose your mutant power what would you pick? Obviously I pick psychic!