As I was researching things to do (between Grand Rapids and Chicago) I was feeling discouraged that many of the attractions I found were closed on Sunday. However, my friend noted that we instead of driving along the coast of Lake Michigan we could head to South Bend, Indiana to see the University of Notre Dame before hitting Chicago. With this new revelation I did further research and found that any guests could attend Mass at the Basilica of the Sacred Heart, which was right on campus. So we decided to wake up bright and early and attended the 10AM Mass. 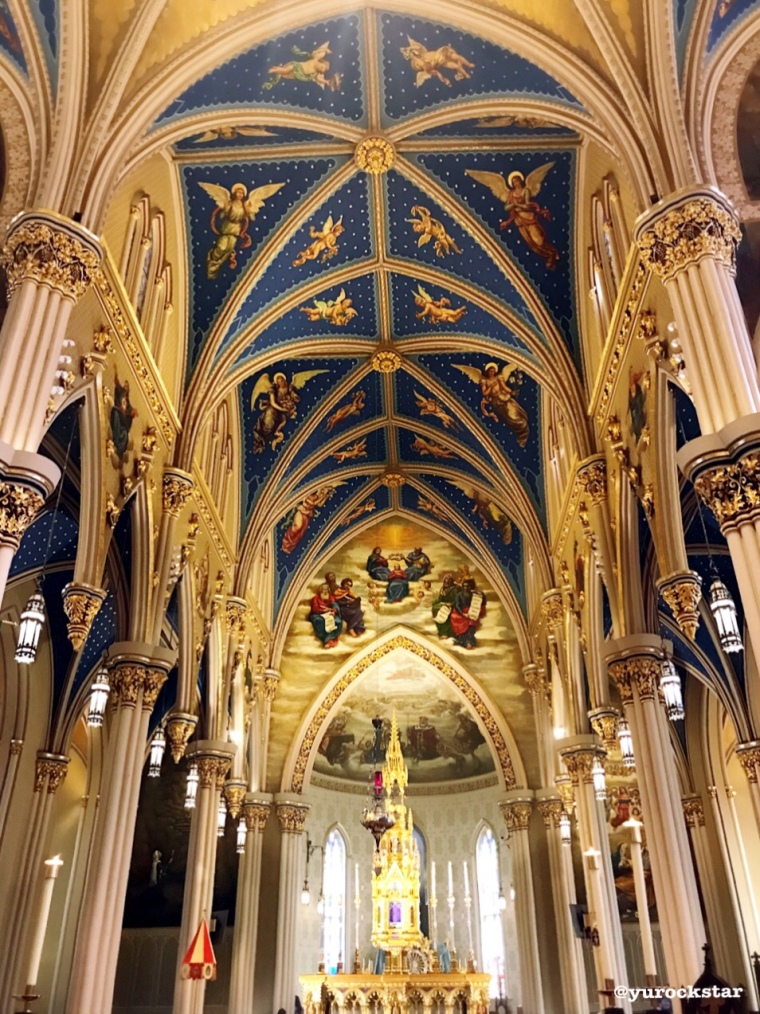 My friend and I got there around 9:15am to check out the area and wow the buildings were incredible – both outside and in. The paintings on the ceilings were so vivid and detailed. These pictures don’t even do the cathedral justice, but with the high ceilings and tall columns you just felt like you were a part of a very grand affair.

Soon visitors filled the seats and while I have attended Mass previously, I’ve never been a part of one that was so structured. There was a pipe organ with a full choir performance at the beginning and many interactive sections of the service. We sang hymns, listened to the priests message, and there were a number of processions with various people dressed in white wardrobes parading down the aisle during different parts of the service. It was extremely formal.

Once the service concluded many guests then felt comfortable to takes photos of the facility. While I do not practice Catholicism (I am a non-denominational Christian) I can appreciate the time that these individuals took to preserve this service, and openness and generosity to open this for all to attend. I had a wonderful and safe trip in the Midwest (up to that point) and was thankful to have an outlet to praise God

What are you thankful for?