Los Angeles is home to some of the world’s finest restaurants, so it should come to no surprise that the “City of Angels” attracts culinary geniuses from near and far to share their edible creations and delectable bites.

During Labor Day weekend, I had the opportunity to attend “The Taste” a three-day foodie extravaganza hosted by the Los Angeles Times and presented by Citibank at the Paramount Pictures Studios. The list of corporate sponsors also included:  Acura, Stella Artois, and KTLA (among others). With powerhouse businesses supporting the festival you it’s going to be a star-studded one.

Over 100 food and wine vendors were presented at this event ranging from 118 Degree (vegan food) to ZRY Vodka. There was something for everyone and many of the booths boasted on their field to fork ideology in preparing their masterpieces.

I’ve been to my fair share of Tasting events, but few come to close the caliber and star-power as this event and why yes that’s a Chef Michael Cimarusti – the co-owner of Providence, Jonathan Gold’s #1 restaurant on his “101 best restaurants” list. 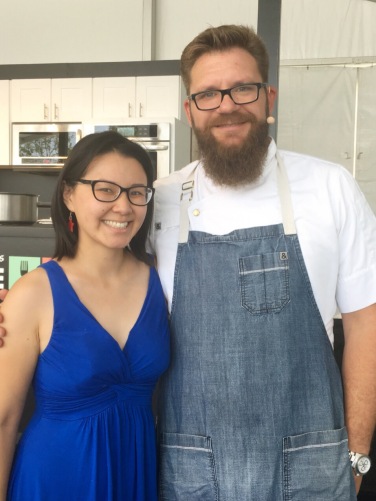 He shared with us his childhood favorite recipe – clam stuffing -and showed up everything from how to shuck clams to how to properly season the mixture. The interactive demonstration was both entertaining and information, but the best part was tasting the end result. I mean it was purely to ensure that the integrity of the dish remained consistent, which it did 🙂 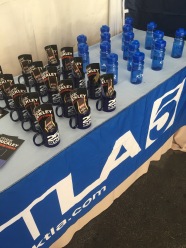 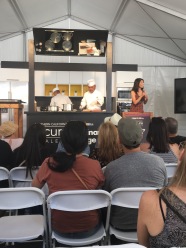 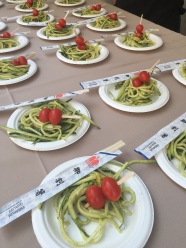 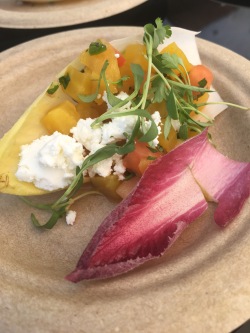 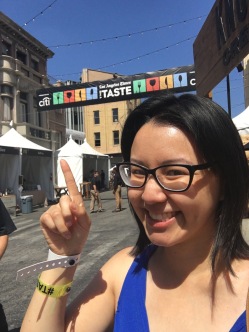 With a DJ spinning awesome the hottest tunes, a picturesque atmosphere to enjoy the block party, and delicious food and spirits I had a fabulous time and can’t wait till next year to live it all over again. Maybe it’ll be an annual tradition.

What’s on your menu during Labor Day weekend? Hot dogs and burgers? Fine dining? Comment below.